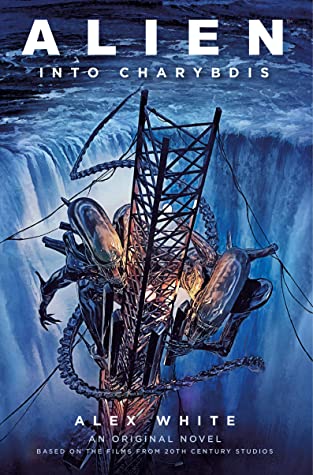 While it happens after Alien: The Cold Forge and features one of its characters, Alien: Into Charybdis is standalone enough to not feel like a sequel. It can be read by itself with no problems. That being said, you should start with The Cold Forge, also by Alex White as it brings not only extra context, but is a very decent book.

Into Charybdis tells the story of human sacrifice on the altar of corporate/military greed, with the aliens as a trigger and then used more like a backdrop. In that sense, it's very similar to Cold Forge. While there is plenty of creature action, the focus is never on them, but on psychotic humans who are the true monsters. That's both interesting and frustrating, but there are plenty of new features that subvert expectations and expand the Alien universe even if, as curious as this sounds, both novels are set in the Prometheus timeline of Alien and even features black goo. That someone can write a decent story in the universe corrupted by that stupid movie is a testament to White's talent.

Now, without spoiling stuff too much, there is an idea that I really want explored further, the one of the human alien hybrid. While the book ends things pretty definitively, there is some wiggle room left so that that idea could be continued in a third book. It would be a terrible loss to have reached this point and not go a little further.

Bottom line: I liked The Cold Forge and I liked Into Charybdis, which managed to outdo the first book without just making things bigger and exploding more and instead bringing new ideas, building on the old ones and even subverting expectations. I don't know about other Alien books, but I will follow what Alex White writes next in this universe.