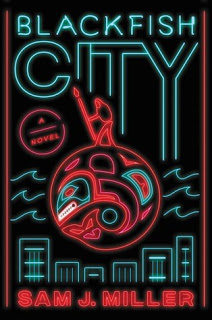 There are writers like Steven Erikson, describing worlds so vast that characters seem to drown in them, there are writers like William Gibson or Charles Stross, who go so far into the future that people seem to lose their relevance, yet none of them dare to ignore their characters or fail to make them interesting. Yet, that's what Sam J. Miller does in Blackfish City.

Bottom line: a poor man's cyberpunk story, with the mechanical "woke", but irrelevant to anything else, sexual and cultural references, with boring characters and a story that I had to make an effort to wade through and still didn't seem to go anywhere.