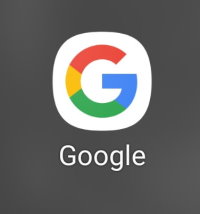 So I wanted to use the button on my Android headset to control the audio of the application I was currently using: a book reader or a music player or something similar like that. And instead an annoying assistant was blinging annoyingly and impotently in my headphones, while my music was still on. It is not at all obvious what does that and how to stop it. And there are two assistants on my phone: Google Assistant and Bixby. Turns out you only need to care about one.

Here is what I tried and didn't work:

So, here is what you need to do:

"But, what about Bixby?" you will ask. As far as I can see, Bixby is something that comes over Google Assistant. I did disable some stuff in it, but I doubt it was a problem to begin with. 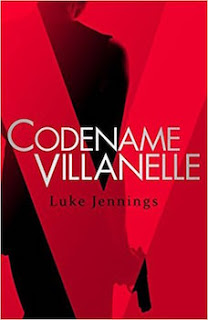 I started watching Killing Eve, the BBC TV series starring Sandra Oh and Jodie Comer, and I quite liked it. So I've decided to read the books it is based on, Codename Villanelle being the first one. The result is a mixed bag. I clearly prefer the TV show, but the book is not bad either. They are, I have to say, quite different.

While both focus on a police woman trying to find a highly skilled female professional sociopath assassin, the show adds a little dark humor, which is both nice and off putting, while the book is going for the full "secret world of spies and weapon technobabble" route, which is also half and half. I think Luke Jennings wanted to write a simple spy story, inspired by the likes of John le Carré, while the show screenwriters have more ambitious goals. Most of the little episodes there are based on stuff in the book, but wholly reinterpreted, the characters changed or added, their fates changed.

But enough about TV. The book is easy to read, but a bit one sided: kill after kill and the chase of the department that has to uncover not only the identity of the killer, but also who are the high placed people who help hide her tracks, without most of the emotional exposition that makes a character relatable. Funny enough, there is more emotional content related to the killer than the cop. Makes you wonder which one of them is the psycho sometimes.

In conclusion, I will not read the rest of the books, but I will continue to watch the TV show. I feel like reading the first book opened my eyes on what the characters were supposed to be and thus Codename Villanelle acted like a nice companion book for an interesting series that I enjoy watching. 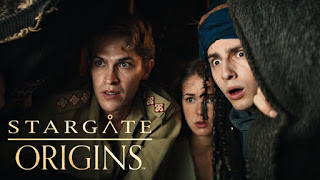 A pilot for the much awaited Stargate Origins series was released. My prognosis: it will be a disgusting flop, yet remember that Stargate SG-1 was kind of terrible in the beginning and it went very far in the end. Since SG-1 and Atlantis went really over the top, the only solution was a prequel, but considering the Stargate universe, I bet it will be very difficult to reconcile any prequel with the events in the existing series.

First of all, there is the distribution format: it's a web series. Instead of a pilot episode lasting 45 to 60 minutes, they released three episodes, 10 minutes each. The "webisode" format doesn't give me a lot of hope. However, this might be a marketing ploy, to check how many people are actually still interested in the franchise. If they see they have a big fan base, they can always improve the show or start a serious one.

But now comes the real bummer: the quality of the show, from the productions values to script and acting, is abysmal.

They went with the gender swap crap: female protagonist, female director, etc. Yet instead of a character we can sympathize with or want to be her, we get an abusive, annoying and very stupid person who, if they were male, would have been pathetic and offensive. As female, it grates the nerves. See the scene where, tied up, surrounded by Nazis with guns who have her father hostage, she spits, bites and says "you're a dead man" and "next time I'll really make you bleed" to a Nazi officer. It does feel like the role was written for an adolescent, maybe prepubescent boy, then it was changed just a little for a 19 year old woman.

Which brings me to the next point: the Nazis. The Nazis again, portrayed as they always are: ugly, mean, pompous, fanatical, always mentioning their Führer, stupid, narrow minded, etc. How can you do any good writing with cardboard characters? The answer: you can't. Start a show like this and you miss out the opportunity to see the Americans, British and Nazi Germans cooperate against the teachings of their respective cultures in order to defeat the Goa'uld threat. I have high hopes for the camerawoman, who in all this disaster seems to have escaped with good characterization and a decent actress.

Last, but not least, the production values would have been bad in a student project. Almost no post processing, the special effects are horrid, the soundtrack is slapstick from other series and there are some moments (an alien landscape seen through a window which is an obvious pastel drawing, for example) that make you wonder which 10 year old genius made that for a school project.

So you have a cheap production that a few fans in a basement would have done better, marred by bad setup, unusable characters and stupid writing. All of these can change: money can be spent, writers and directors changed or motivated, step taken to improve something that fans have been waiting for for a long time. However, what cannot be changed are the actors. The lead actress is bad, as are the two "young good guys". There is no getting around that. The others are not much better. Even Connor Trinneer, who you might remember as Trip, the engineer in the Star Trek: Enterprise series (and was also in a few episodes of SG Atlantis) and in this plays "the father", acted dazed and confused, as if asking "how did I get here? what am I doing?" in every scene. He was probably regretting taking the role. And he is 48 years old, he could have played the dad without the cheap white hair and mustache.

Bottom line: Trying to YoungIndianaJonesize Stargate was always a tough sell. Doing it with such lack of respect for the franchise and to the cinematic art is mind boggling. Didn't they want to succeed with this? I am baffled. Here is the trailer.

Getting back to programming, I am starting a small, but premiere project for Palm. These devices seem to be the work of the devil. The particular model I am programming for is something with a resolution of 240x320, with 64MB storage AND memory and with a 300Mhz processor.

Why?! When all computer screens are rectangular, with the width larger than the height, they make a device that is exactly the oposite. I mean, I understand they are meant to be hand held and all hand held devices are longer than they are wide, but it's still annoying.

Also, if I try to find a PC memory that is less than 256MB I would probably be forced to buy it second hand, yet they make a 64MB model? This also applies to the processor. Are they spending more money to make slower processors or is it just me seing things wrong?

Anyway, I found that working with DataSets in this environment is just awful. I started with a simple test project, 20000 rows in a 3.5MB XML file, loaded into a DataSet then displayed in a datagrid. First, the whole thing went out of memory and froze, then, when I fixed the memory problem by creating my own binary format and loading the file my way (oh yeah, I can see the roots of a XML sucks rant) the datagrid was very unwieldy.

Therefore I devised a ClusterGrid, something that shows clusters of rows in a datagrid and you just drill down and up on it. On my data, finding a customer in a 20000 rows table is 4 clicks away. First it shows 10 rows, representing clusters of 2000 people ordered alphabetically (ex: first cluster, from Alice to DeeDee). You click (or press with the finger, I have no idea how an actual Palm functions, I am using the emulator in Visual Studio 2003) on a cluster, you get another 10 clusters, with 200 people each. Then 20, then 2. Four clicks. Works like a charm. It seems a better deal than the scroll of the datagrid and I wonder why I haven't seen this before.

A small tip regarding the Palm Emulator. The default configuration is set on 32MB of memory+storage. If you want to at least have a functional program, increase it in the VS options, in the Mobile Devices tab. I couldn't make it larger than 64MB for whatever reason, but I never needed more and 32 is way too low.