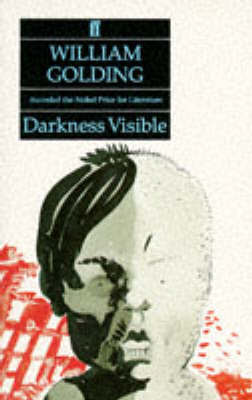 William Golding writes difficult books. They are not only complex in prose and detail, but dissecting difficult subjects as well. Best known for Lord of the Flies, which is a pretty dark and twisted tail of children getting trapped in what is basically a social experiment, he manages to write something even darker in Darkness Visible.

The book follows the story of several characters. There is Matty, a child that emerges from the burning wreck of a bombed building during WWII with half of the body burned. He grows up in the state social system, interacts with Mr. Pedigree, a teacher who is also a raving paedophile, and then spends the rest of his life seeking redemption. He is a simple, almost stupid person, easily influenced, but taciturn and withdrawn most of the time. There there are the two beautiful and very smart daughters of a rich man. With every opportunity given to them, they prefer to dwell on the remoteness of their father and screw their lives completely. And finally Sim and Edwin, two old men passionate about books and good friends, who despite their best intentions and education are not capable of understanding the world and people around them.

Golding uses themes I've seen before: the way people can perceive so differently a shared event, like in Rites of Passage and the almost clinical dissection of the motivations characters have in doing what they do, as in both Lord of the Flies and Rites of Passage. The way he explores the inner, most private triggers of his characters is almost creepy.

The book is not exactly a success. I had a hard time reading it, mostly because of its overly verbose prose, and the presentation of people's lives sometimes goes to incredible extremes, escaping the main story completely. That doesn't mean it is not a brilliant book. One just has to be in the right mood to be able to finish and understand it.