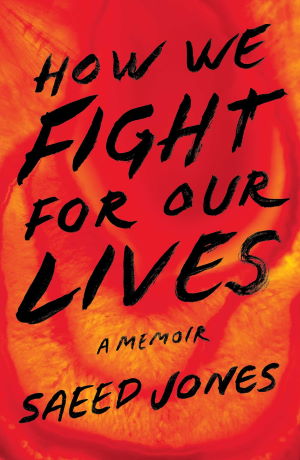 So I am reading this book about a Black gay man called Saeed, living in the American South and having a Christian grandmother and a Buddhist single mother and it doesn't bother me. It's personal, it's well written, it's real. It doesn't feel agenda driven, it doesn't make me feel guilty about not being Black or gay myself, it makes me feel close to the character/author. It's honest. We need more of this and less of *that*, you know what I mean and you know who you are.

In this context, the title How We Fight for Our Lives might be a little misleading. While Saeed Jones does talk about the constant fear of being hurt, from the damning official pronouncements that hint you will die of AIDS if you are gay, to the racist or homophobic murders in the US, he describes his life rather than his worries. He is never truly assaulted or reviled. One understands how strong the concept of family is in his culture when you see how connected and even deferential he is to his mother and grandmother, even if his family is nothing if not uncommon. When he spends time with his grandmother, she takes him to Christian church, where everybody is aghast hearing that Saeed's mother is a Buddhist. When he spends time with his mother he goes to Buddhist temple and chants stuff. The author doesn't present this as an inconsistency, other than in the eyes of his grandma. The moment she realizes he is gay, her reaction is "No, no, no, no!" which is both terrifying and laughably ridiculous, depending on which side of history you feel you are.

This is a short book. It is not something amazing, but I liked it. I liked how personal it felt, I liked that the author would focus on his thoughts and feelings, his literary heritage, his own person, rather than some mythical racial or gay social identity. I appreciated describing the sex scenes together with the conflicting feelings and thoughts he had about his encounters: part defiance, part shame, part longing, part hope. It must have been hard to describe his love for his mother and yet they kept each other at emotional distance and when she died, it was way too soon and with so many things unsaid.

"I am a person! I am real!", Saeed Jones shouts with this book, and I feel I heard him.