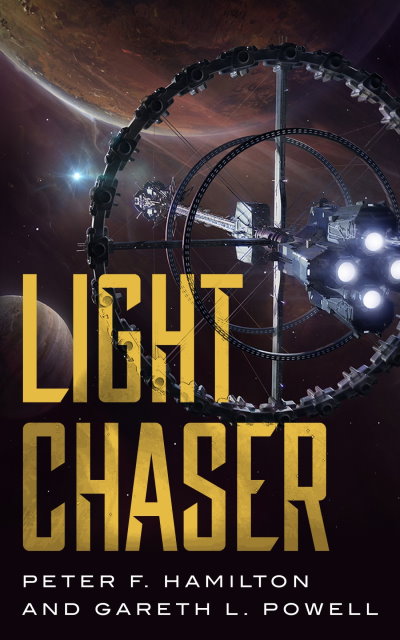 Lightchaser is a story about complacency, one that faults not our silly human nature but an external alien influence. The "Domain" is the place where numerous human cultures live on thousands of planets and the Lightchaser is a starship pilot that moves from planet to planet giving and collecting "collars" which give the wearer extra status and record all of their life experiences. Further down the line, the company that builds the ships, controller exclusively by AIs, will buy the collars.

I love Peter F. Hamilton stories because they go far, they allow the reader to dream of futures so vast and amazing that our own existence seems static and impossible to explain. Lightchaser is tiny, self contained, but it breathes the same concept. The book is not the best he wrote and in fact it is a short story with a singular idea, but I enjoyed it. Certainly a fan of Hamilton's, I am going to read everything he ever wrote at one time.