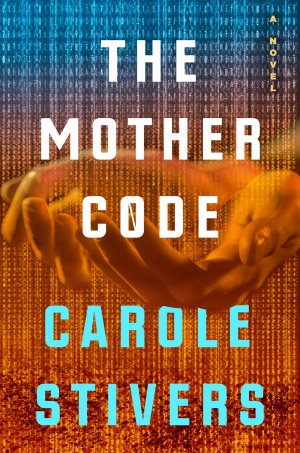 The Mother Code is not a terrible book, but it is certainly not a good one. It has problems of structure, story and characters. But worst of all, it is really not about motherhood.

Imagine a world where Uncle Sam "tests" a biological weapon somewhere in Afghanistan, only later realising that they have doomed the whole of humanity. Their solution is not to create self sustained habitats that eschew the issue, going to another planet, moving to Antarctica. Instead they focus on two avenues: finding a cure and creating a fleet of robots that can incubate, raise and protect children that have been genetically manipulated to resist the disease. Yes, because that is doable if you put (just) a team of people to work. It gets worse. The only mention of other countries is in about three or four paragraphs. They don't exist in the American mind, other than an afterthought, and indeed that's the political response of the government in the book, working in secret even knowing they are the cause and that other countries might help. And of course, all the children are American, as are the personalities of the "mothers".

And really, you might accuse me for nitpicking here, I mean, I've read a lot of bad or naive stories over the years, why be so upset with this? But Carole Stivers decided to also show what happens in the future in parallel to the epidemic story, thus eliminating any thrill of what might happen. The core of any sci-fi story, the what-if, was halved in the moment she presented the end at the same time with the beginning. And later on, when there was another serious question about the future of humanity, the author again chooses to show her cards early and resolve the tension before it even started building.

So what's left? A deep and interesting analysis of what it means to be a mother, explored through the eyes of the children raised by machines? No. That's just an afterthought, instead the focus being on a group of people that just... exist, with no real consequences to the story until the very end. I understand the dilemma of the editor: should they remove the superfluous writing, thus ending up with a short story, or should they leave it in in hope people would buy "a book" and thus pay for their salary.

And the whole "mother code" thing is barely touched upon, which is so very sad, because the concept of a software developer trying to understand and code a nurturing mother is amazing! Yet that part takes just a few chapters and it doesn't really feel like what would happen to a software person.

Bottom line: a really good idea, wasted on a subpar book that buries it under a lot of unnecessary story and forgettable characters.