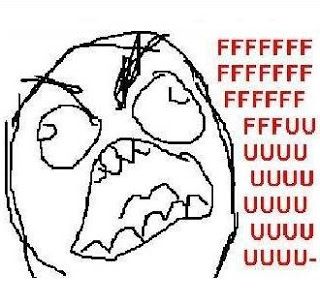 I am writing this post to rant against subscription popups. I've been on the Internet long enough to remember when this was a thing: a window would open up and ask you to enter your email address. We went from that time, through all the technical, stylistic and cultural changes to the Internet, to this Web 3.0 thing, and the email subscription popups have emerged again. They are not ads, they are simply asking you to allow them into your already cluttered inbox because - even before you've had a chance to read anything - what they have to say is so fucking important. Sometimes they ask you to like them on Facebook or whatever crap like that.

Let me tell you how to get rid of these real quick. Install an ad blocker, like AdBlockPlus or uBlock Origin. I recommend uBlock Origin, since it is faster and I feel works better than the older AdBlock. Now this is something that anyone should do just to get rid of ads. I've personally never browsed the Internet from a tablet or cell phone because they didn't allow ad blockers. I can't go on the web without them.

What you may not know, though, is that there are several lists of filters that you can choose from and that are not enabled by default when you install an ad blocker. One of my favourite lists is Fanboy's Annoyances list. It takes care of popups of all kinds, including subscriptions. But even so, if the default list doesn't contain the web site you are looking at, you have the option to pick elements and block them. A basic knowledge of CSS selectors helps, but here is the gist of it: ###something means the element with the id "something" and ##.something is the elements with the class name "something". Here is an example: <div id="divPopup" class="popup ad annoying"> is a div element that has id "divPopup" and class names "popup", "ad" and "annoying".

One of the reason why subscription popups are not always blocked is because beside the elements that they cover the page with, they also place some constraints on the page. For example they place a big element over the screen (what is called an overlay), then a popup element in the center of the screen and also change the style of the entire page to not scroll down. So if you would remove the overlay and the popup, the page would only show you the upper part and not allow you to scroll down. This can be solved with another browser extension called Stylish, which allows you to save and apply your own style to pages you visit. The CSS rule that solves this very common scenario is html,body { overflow: auto !important; }. That is all. Just add a new style for the page and copy paste this. 19 in 20 chances you will get the scroll back.

To conclude, whenever you see such a stupid, stupid thing appearing on the screen, consider blocking subscription popups rather than pressing on the closing button. Block it once and never see it again. Push the close button and chances are you will have to keep pressing it each time you visit a page.

Now, if I only had a similar option for jump scares in movies...

P.S. Yes, cookie consent popups are included in my rant. Did you know that you can block all cookie nagware from Blogspot within one fell swoop, rather than having to click OK at each blog individually, for example?