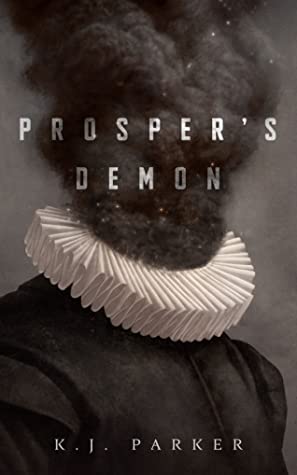 I don't remember where I got the idea of reading Prosper's Demon, but I am glad I did! Having listened to it on my headphones I got to that part where they list other works by the same author and so I've learned that K. J. Parker is a nom de plume for Tom Holt. I hadn't heard of him until then, but the list of works went on and on and on. Probably I will have to read some other books from him now, but which one should I start with?

Prosper's Demon is a novella about an exorcist that wanders the land in order to excise demons from living people, often leaving those people hurt, dead or insane. You get little glimpses of what this means as the story progresses, making it more and more clear that you have to be a certain kind of person to do a job like this. I don't want to spoil the ending, but I have to say that the writing was so good that I really wouldn't have cared much how the story ended. I had fun just seeing this anti hero's character unfold in front of me. The world building was also exquisite, considering the short length of the work.