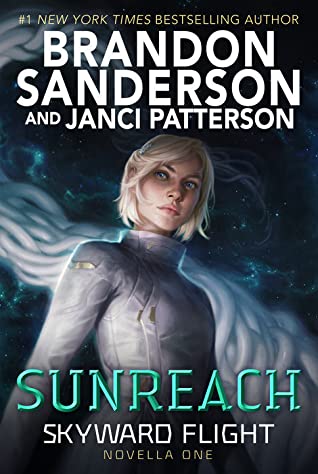 If you were curious what happened to the rest of the pilot crew during the events of Cytonic, Sunreach tells the story. I expected to get a short story that was independent of the rest of the storyline, but instead this a not so short novella which expands into a subseries (Skyward Flight) of at least three volumes. Written in collaboration with Janci Patterson, it feels just like the other books in the Skyward series: first person perspective of young female pilot fighting the Superiority, light content, only the main character is not Spensa, but Freyia (callsign FM).

It is just as filled with adventure and easy to read as other books in the series, I've actually finished this and the next volume in the series in about two days. Can't really say anything about the plot because - let's face it - it makes little sense, and it's very similar to Spensa's arc, but it's fun. If you've read and enjoyed any of Brandon Sanderson's Skyward books, this feels just like another entry and I believe you will need to read the subseries volumes to understand things in the next full book.