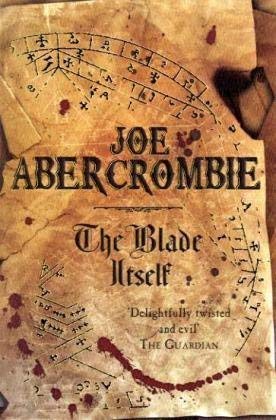 The Blade Itself is a very nice book. Well written, complex characters, vast world and careful world building. The story, however, is not forthcoming from only this book. Joe Abercrombie has barely managed to present (some of) the characters, build them up and get them together in this first volume of The First Law series.

What is it about? In a imperialistic feudal world that so far seems split into the North, the Middle and the South, a union of kingdoms has all the power at the center, while her bitter rivals in the south and north are doing everything to gain power. The union is complacent and rife with corruption and bureaucracy, as any rich and safe nation becomes, so much so that is has forgotten even the real events of its formation.

And yet magic is not dead and the magi return, apparently gathering special people to prepare for a coming event. And then the book ends :) I am curious about the other books in the series so I guess I will be reading them next.

I recommend this book for readers of good fantasy.