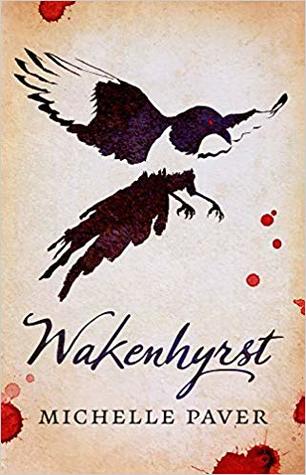 Wakenhyrst is very well written, but where it excels is the dissection of the hypocrisy of people. Michelle Paver is telling the story from the viewpoint of a young girl who must navigate the world and her own adolescence in the house of a father that has no love for her or for her mother, finds every reason to blame others for his shortcomings and deeds, and yet is untouchable because he is a man and the lord of the manor. What legions of screeching feminists could not do, Paver manages with her subdued, yet defiant description of how women are used and ignored and pretty much treated as glorified pets. It is impossible to not hate the father figure in the book, even as the main character is torn between wanting to forgive him and dealing with the creepy and sometimes evil shit he pulls. The ending is powerful, as the daughter finds the strength to sublimate her hate into an even more appropriate emotion: pity.

But the story's power is not limited to the detailed analysis of the human psyche. It binds together Anglican folklore, medieval beliefs about devils and angels and art, whitewashed (in the actual sense of the term) by Puritans and systematically destroyed by Victorians, the power of untamed nature and the horror of the human complacency. How refreshing to have a very young girl be the rational and intelligent agent that fends for herself in a world of mystical belief and societal poppycock, so that we can identify with her and see it as it was. How wonderful to have Paver describe it all without any trace of anachronism, as if she has lived in that world herself.

The story starts slow and the pace almost never picks up, yet the tension and the level of details are constantly increasing, managing to somehow convey at the same time two distinct and contrary feelings: one of slow burn and the other of untamed power rising to a crescendo. It brilliantly mingles the oppressive hot wet feel of subconscious fear and superstition with cold analytical reason as its adversary. In the beginning I wanted to rate it above average only, but now, the more I think about it the more I admire the writing and the way the book tells the story. Good job, Michelle Paver!

Bottom line: move past the slower start, it is certainly worth reading. A gothic tale of subliminal supernatural horror and a very human and real one at the same time.