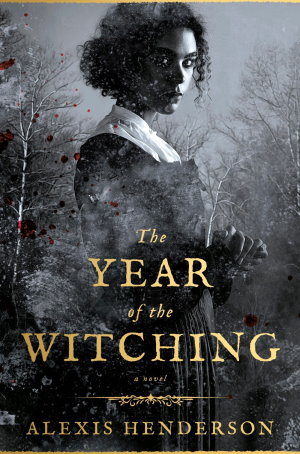 The Year of the Witching is not the kind of book I would normally read, but it was probably recommended by some web site or another, pushing for a masterfully written establishment shaking stunning feminist debut story of female empowerment. And me, like an idiot, bought it. I didn't like the book, but I said I would push against my prejudice and read it to the end. The end was worse than the rest. But don't listen to me: an overwhelming number of positive reviews is there, all from women and the occasional male who is excited on how the story touches on oppression against women and other minorities. So I may be wrong.

Alexis Henderson's writing was decent, but the story was inconsistent and I almost stopped reading the book a few times. The lead character is a girl who has been raised by a very devout and poor family (who are treated as pariahs) in a closed village of very devout people who worship the Father (their god of light) and hate the Mother (goddess of witches, dark and nature), being in the habit of burning people on pyres as an alternative to a good bath. Our hero is also the daughter of a woman the entire village remembers as a terrible sinner and most likely a witch. So how in the hell does she grow up to be socially integrated, self possessed, intelligent, articulate, well read, capable of anything, from daily tending to flocks of sheep, having public romances with the son of the Prophet and also having the time to visit the woods and read in the library?

Oh, did I mention that the most eligible bachelor in the village likes her because she is not like the other girls and she is also of mixed color? That's my main complaint regarding the story: the lead character is impossible. I felt she was way more modern than anyone in that silly little village had the right to be and did the work of several people at the same time.

But I was starting to have high hopes for the end. Will it be a blood bath? Will she side with the oppressed witches or with the people she loves? Will her boyfriend, her grandmother or the witches trick her into doing something completely different from what she thinks she does? Will anyone realize that you need both a father and a mother, not just siding with one parent like an asshole child during a divorce? Will there be any kind of twist? And no. The answer is no. Everybody behaves exactly as their cardboard character allows them to, unless of course the plot needs to spare someone or go into a direction that is very hard to believe it could go.

Every single character in the book has one role and they conveniently perform it and then they just leave the stage so our heroine might shine.

And it wasn't even one of those books masquerading as a fantasy only to discuss real social issues like oppression, or using witches as a metaphor for status defying women. I mean, it probably attempted to be one, but it was a really self contained story in a self contained universe. It is just that the book was boring, the plot full of holes and the characters unsympathetic, bland, Mary Sues or all of the above.

Bottom line: I can see the author crafting better stories. She is a competent writer. But this book was just bad.